How Does the Rhinobond System Work?

The Rhinobond flat roofing system works by attaching the membrane to the same screw and plate that holds the roof insulation or cover board in place. Rhinobond does not use adhesives, which takes far fewer fasteners and is the fastest way to have a building dried-in and protected from the weather during a flat roof repairs / replace project. Here's what the process looks like:


Step 1: Lay out the roof insulation or cover board 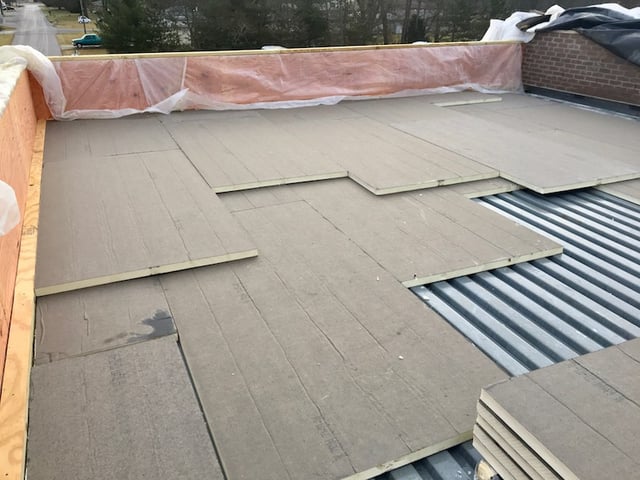 Step 2: Fasten down roof insulation with Rhinobond screws and plates

Step 3: Roll out the membrane 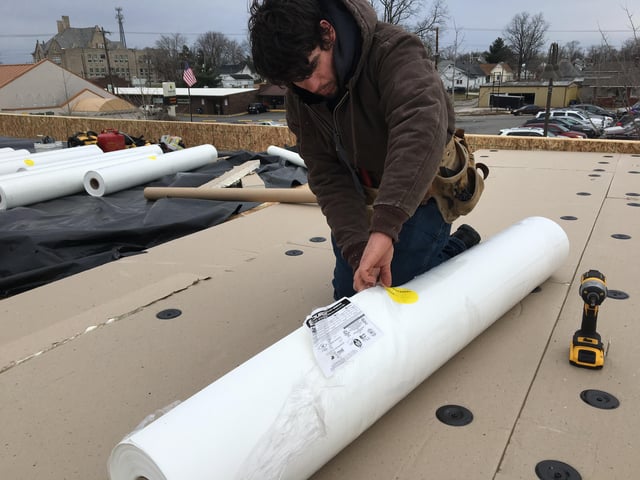 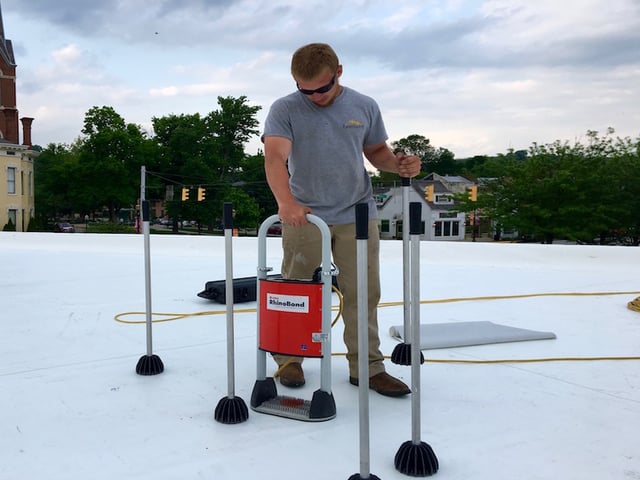 Step 5: Weld up the seams 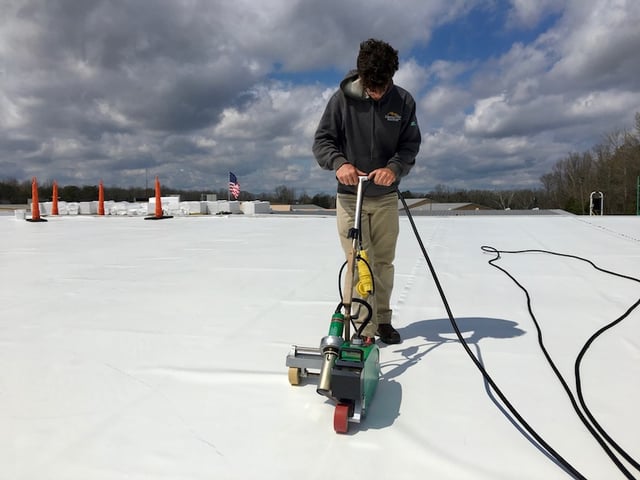 Finally install any curbs of stack flashing in the area that your crew roofed. Another great reason to use a walk behind welder is that if frees up your guys to do detail work instead of long rows of field seams.


This is the basic Rhinobond roofing process! Keep in mind one step does not necessarily have to end before the next begins. For example; our crew will have guys finishing up putting out sheets, while a guy is on the Rhinobond tool, another running walker welder, and yet another installing curbs and flashings.