The number one request we get in our office each year is to compare the cost of a metal roof vs a shingle roof. And over the years we accumulated a large amount of proposals and roofing quotes that were for both metal roofing and shingle roofing. Some of the homes we roofed in metal and some of the jobs we didn't win. 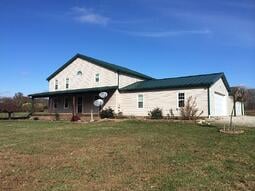 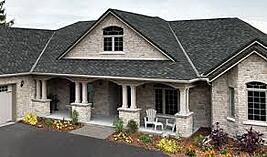 We only used jobs that had been measured by satelite as to remove human error of measuring a house. Then we took the average cost of metal roofing material an average cost of shingle roofing material and plugged it into a spreadsheet. We then compared labor prices with a roofing company located in far northern Indiana, a roofing contractor from Indianapolis and our own labor rates in southern Indiana and a roofing company from Louisville Ky. We created a price guide based on labor wages from all four roofing companies to install both metal roofing and shingle roofing.

All 10 jobs were priced out the same way and figured with a one layer shingle tear off with clean up and dumpster fee included.

This is what we found.

Standing seam metal roofing costs are in fact higher than shingle roofing cost in both Indiana and Kentucky. Whether the added benefits of owning a home with a metal roof is worth the extra investment is a matter of taste, preference for one type of roof over another, and purchasing power. Remember that these prices are the averages meant to equally represent the metal roofing market in Indiana and Northern Kentucky. Both metal roofing material and shingle roofing material fluctuate with other commodities. Before you rule out one roofing option over another, have your home or building quoted for a more accurate quote than we have provided here.