A business in Carrollton, KY was in a desperate need for a new roofing system. They were having leaking problems and the current Duro-Last roofing system had its fill of damages. 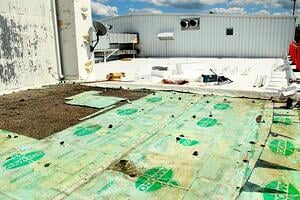 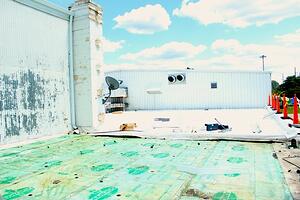 The membrane was in bad shape with holes and punctures most likely from wind and hail damages. When crew inspected the roof it didn’t take long to find many areas that were badly damaged. There could be some repairs done to prevent much more leaking but it would only be a temporary fix. Not only was the membrane in bad shape but the insulation underneath was also bad, it was drenched so much that after removing the insulation you could squeeze water out of it. Since the insulation was also damaged the only option was to tear off the existing membrane system and insulation. 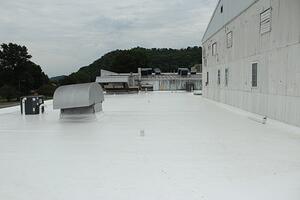 The building is an industrial building so there is equipment on the roof top as well as vent systems for inside the building. The buildings roof is approximately 21,000 sq ft. Once the crew began on the project it took about a week to tear off the existing roof system and replace the insulation and install the new Duro-Last system. The building now has a new Duro-Last system and can rest assure that anymore heavy rainfall or the winter wonder we will get this year, their roof will be ready for it.