When the Madison Indiana Subway’s Metal roof began to leak and cause damage in the upstairs apartment the owners new something had to be done. After the owner had made  several repair attempts on the metal roof without any luck he came to the conclusion that the roof was leaking as a result of condensation. The leaks seemed worse in the cold weather and didn't always happen during rain and snow. The building owner decided to call Exterior Pro Roofing to see what repair options could solve the problem and what they may cost.

The existing metal roof probably wasn't original to the historic Subway restaurant building but it was definitely old. The hand folded standing seam had seen better days. The metal roof had been coated multiple times and caulking along the parapet wall but it still leaked. The condensation in the building was a result of humidity generating human activity in both the subway restaurant and the upstair apartments such as cooking, cleaning, showering, and even just breathing and living. The warmer, more humid air would rise to the attic then hit the cool underside of the metal roof. Once enough moisture had formed on the metal it would drip down creating the look of a roof leak.

The first option could have worked for most of the roof but on the front facade of the building had a large flat area that serves as a box gutter. This area is almost flat and has one drain. The shingle roof wouldn't have worked here. Also, it would take lots of time and detail flashing work along the old brick walls of the building. These walls move and give with the building making ridge metal flashing tricky to permanently secure.

The second option has the same problems as the first option and cost twice as much. Replacing the old standing seam metal with new and all the required flashings was not in the Subway operation budget and still did nothing to solve the condensation problems in the winter

The building owners chose the third option, a metal roof retro fit. Not only did it solve the leaks and guarantee a dry rest aunt and apartment of the next 20 years it also solved the condensation problem by adding extra roof insulation.

Here’s how it works.

Step one: We measure the width and height of the existing metal panel with in this case was 24” wide by 1 1/2 “tall 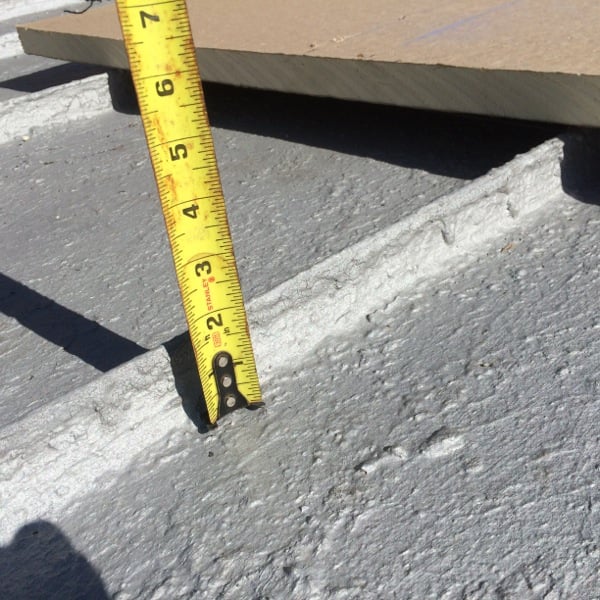 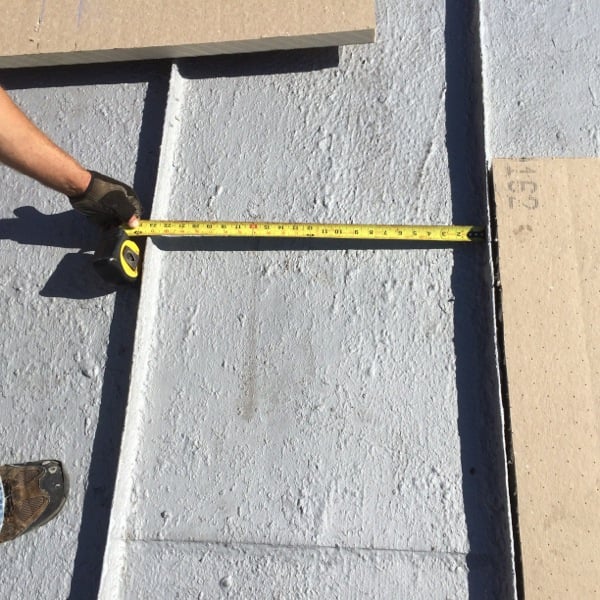 Step three: We then covered the entire surface with another layer of 1 1/2” roof insulation and were sure to stagger the seams from the first layer.

Step four: We installed a white PVC roofing membrane and hot air seamed it together. 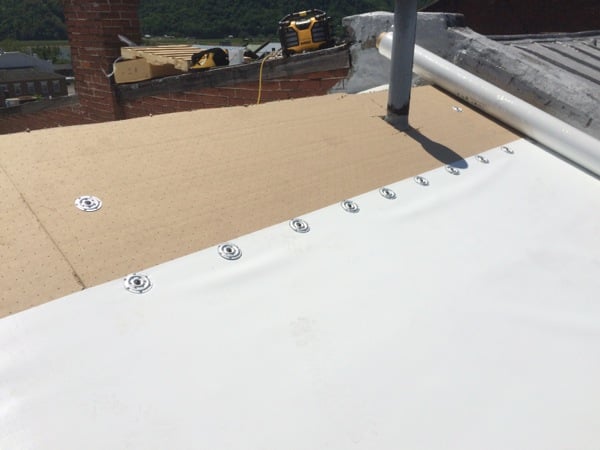 Step Six: We installed air vents and flashings around all the pipes and existing vents.

A Dry Building Makes for Happy Subway Customers and Renters

The metal roof retro fit was able to solve both leaks and condensation problem and because we were able to leave the existing metal roof in place the project was quick, clean, and cost effective. 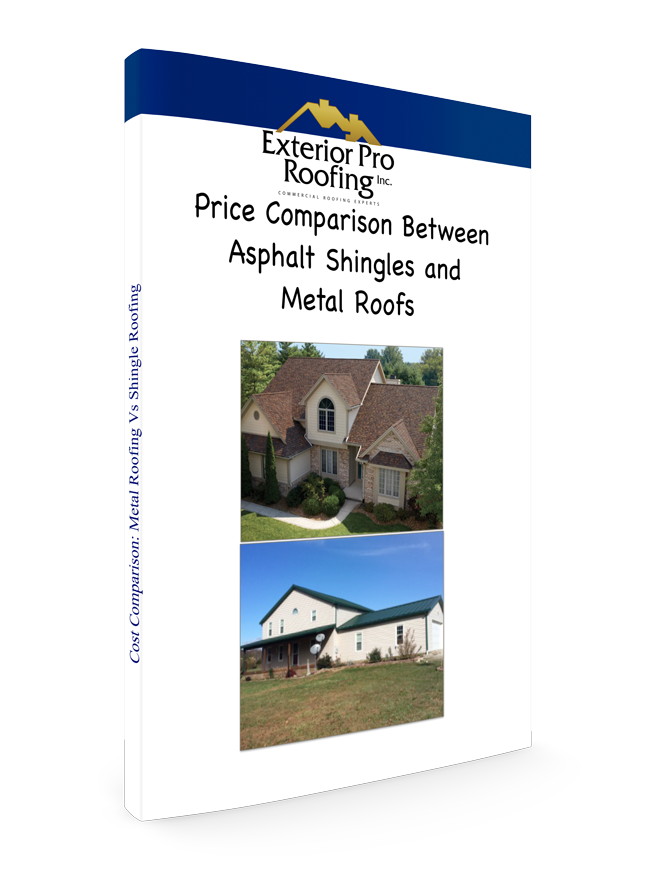 Cost of Metal Roof vs. Shingle Roof
Find Out Below